There's Graphite in my Thumb!

I went to first grade at the Deerfield School on Deerfield Avenue in Westwood, Massachusetts. My first grade year was from September, 1966 to June, 1967. My teacher was Mrs. Burke. I don't remember her well. I remember she was older. I remember the layout of the classroom I was in. To this day, when I come over a bit Dyslexic, I remind myself that "Left is toward the windows" even though I haven't been in that classroom for over 40 years. During the fall of 1966, Mrs. Burke lost her temper with the number of students who were moving around in the classroom. I was a clumsy little boy, and, while she was yelling at us to keep still, I dropped my pencil on the floor. I had to get out of my chair to pick it up (which I had to do to be able to do my work) and as I rose to re-take my seat, she stormed over, grabbed my shoulders, and shoved me into the chair I was headed for anyway. The pencil hit my desk, jamming the point into the joint of my thumb, and smapping it off there. I complained, and was given a band-aid. "Look, it's not even bleeding!" I was told. I said, "The point of the pencil is still inside my thumb!" But not one person ever paid attention to me, so there, 44 years later, it sits inside my thumb. See the dark grey spot in the crease of the joint? That's a 44-year-old pencil lead. I hope it's not giving me graphite poisoning. 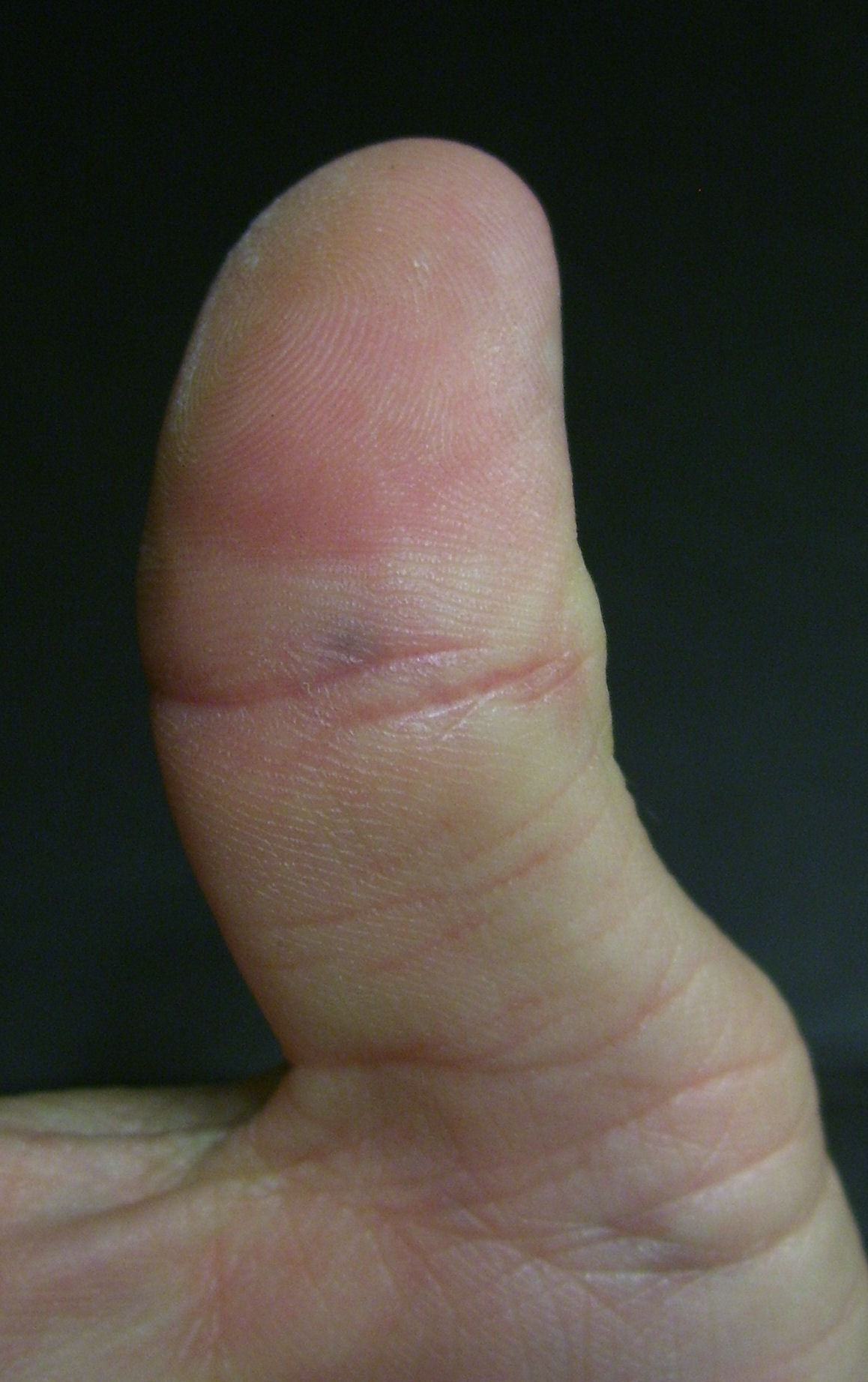 A close-up view of the graphite. 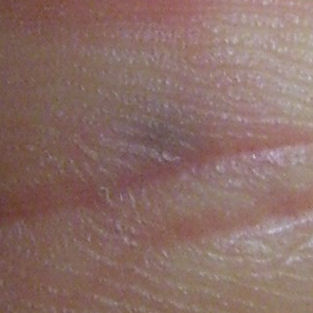